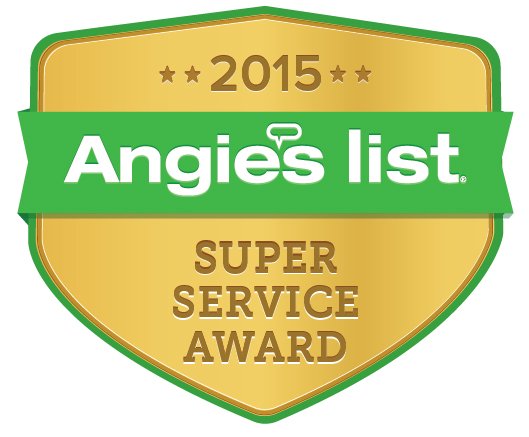 Mendon, NY- It was late summer when we got a call from Alex.  A new baby had just been born, the family was growing, but the house needed to change too.  They were hoping that we could put a doorway in the wall between the living room and family room.  Upon inspection of this load bearing wall, we suggested that with proper planning, these rooms could be transformed.  Allowing for more space, better movement and most importantly better supervision of the children. 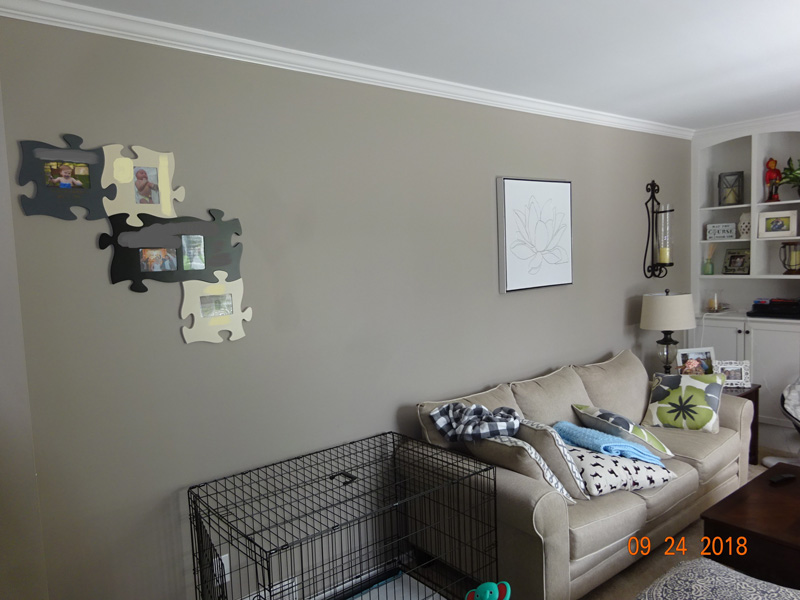 Some of the challenges that needed to be tackled were the mechanicals in the wall.  There were both heat ducts and cold air return ducts in the wall as well as outlets.  If the wall was removed, where would we put all that “stuff”.  The benefits of this new open concept were huge, but what sacrifices would need to be made for this to happen?  A nearby coat closet would be the solution for the ducts.  The electrical could be rerouted to a logical layout.  So, what’s involved in a project like this? 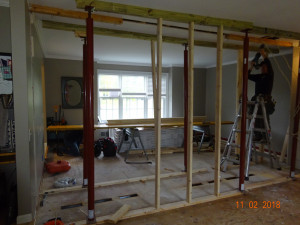 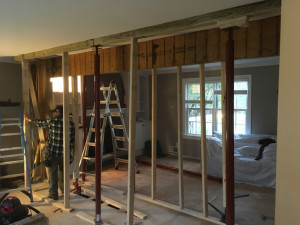 After the wall was removed, including the double top plate, we installed a laminated beam.  This beam, called a “micro-lam”, was 16 feet long, 4 inches wide and over a foot high.  Support columns were installed at each end of the beam, supported below by the steel I-beam that holds the floor in the middle of the house.  Care must be taken to ensure there are no vertical voids between that I-beam and the bottom of these columns.  More than once we’ve seen where a support post was added on the first floor and was only supported by the ¾” thick subfloor below, in between the joists, not on the underlying joists.  In that case the load will start to depress and subside that subfloor.  Over time that post and anything above it will be moving down damaging walls, floors and ceilings.  Unless you live on a house boat, moving walls are not a good thing!  After the micro-lam was installed, the temporary support walls were removed.  Micro-lams are an engineered product, that are specified for the specific application.  After the engineer reviews the plans, considers the loads and span, the proper micro-lam can be sourced.  In this case, above the ceiling is a second floor with a bedroom wall and doorway. 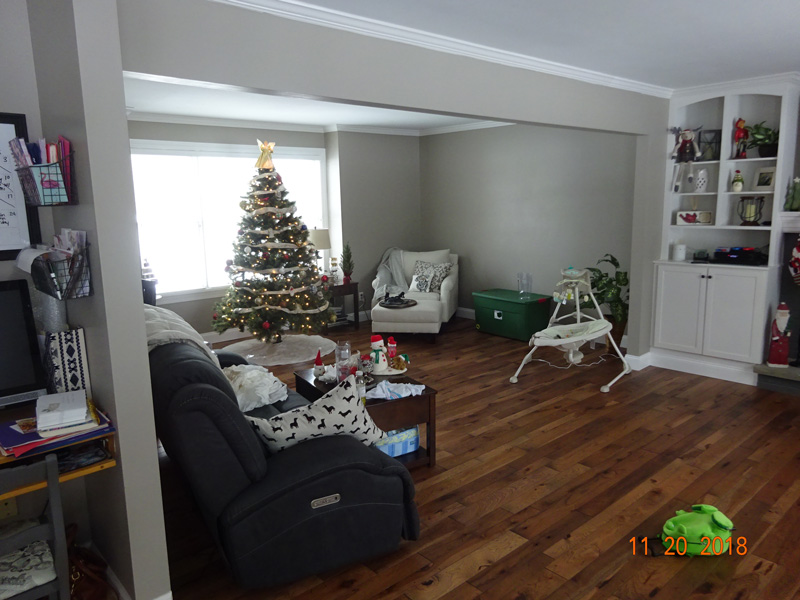 To learn more about why we’re the smart choice for handyman and remodeling services in East Rochester, call Jeff Tallon Enterprises today at 585-624-5130 or write to us through our website’s secure contact page.